C&S Blue Demons are the visitors for the top of the table clash with SSE Airtricity Moycullen at Kingfisher this Saturday. Our lads are joint top with neighbours Maree but Demons are just a bonus point behind. As Maree have the weekend off the winners in Kingfisher will be guaranteed top spot after the weekend. The Moycullen lads have won 3 of their 4 games this season but Demons will be optimistic having beaten both Titans and Maree in Galway earlier this month. With the presentation of our underage teams at half time the lads are expecting a big home crowd to cheer them on.

Moycullen will be optimistic after a President’s Cup win away to KUBS in the Carroll Arena, Greendale in Dublin last weekend where coach Salva Camps got a chance to get court time for his bench. 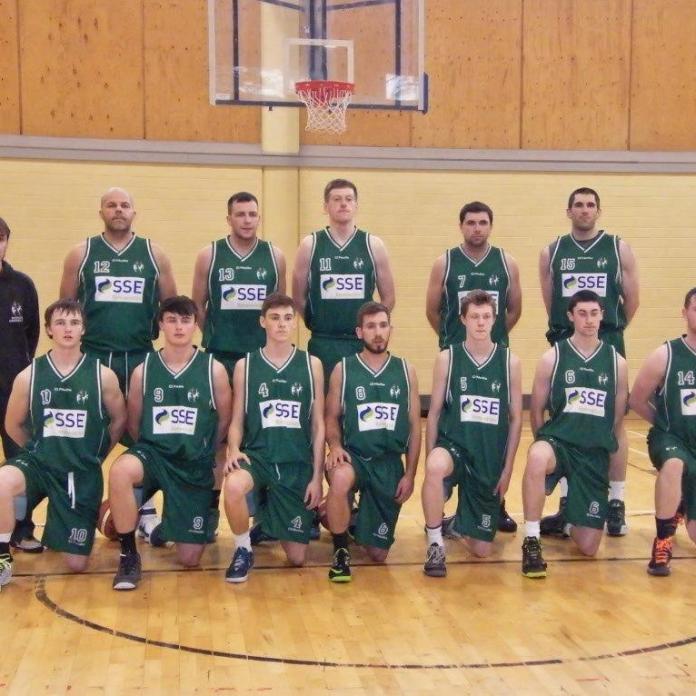 Moycullen started well and dominated the early stages of the match. Leading 15 to 6 after 5 minutes, Kubs called time-out in order to try and break our rhythm. We continue to stick to the game plan and ended the qr leading 30 to 8. With all players contributing, we continued to press our advantage, leading 44-12 with 2.42 left in the 2nd. The young Kubs side kept fighting and gave their home crowd something to cheer about with a long distance 3 pointer on the buzzer leaving Moycullen leading 50 – 18 at the half. Moycullen continued to dominate, with good game time for all the team and eventually ran out  89 to 44 winners. Paul freeman again led the scoring with 17 points with Sean Candon and Nollaig Cunningham adding 12 points each. This was a brave performance by a young Kubs side, who have entered the Dublin senior league for the first time this year. They will learn from this experience. Moycullen stuck to their game plan and are now away to St Vincent’s in the quarter final of The Presidents Cup on the w/e of 6th/7th of December. Thank you to Kubs for their hospitality, with tea/coffee and sandwiches/biscuits before our long journey home. Great to see Paul O Brien in the crowd to support his former team mates.