A number of Moycullen players starred today with the Bish in the 1st Year All Ireland League Competition. James Lyons, Kevyn Burke, Rian Oates and Iatlaith O’Sullivan were on the team and they were joined by Shain Sutton on his crutches.  They played The Pres, Bray at in the semi-final and won 29-23.  They went on to face Castleisland in the final. The teams had met in the group stages and Castleisland had come out on top and they again proved too strong for The Bish, winning 38-18. Still it’s a great weekend’s basketball for the Bish finishing as No 2 in the country.  This a second All Ireland silver medal for some of these Moycullen players – well done lads. Congrats to Coach Tom O’Malley who was ably assisted by our own Gerald Lyons. This is a very tough competition as can be seen from the competition details HERE. 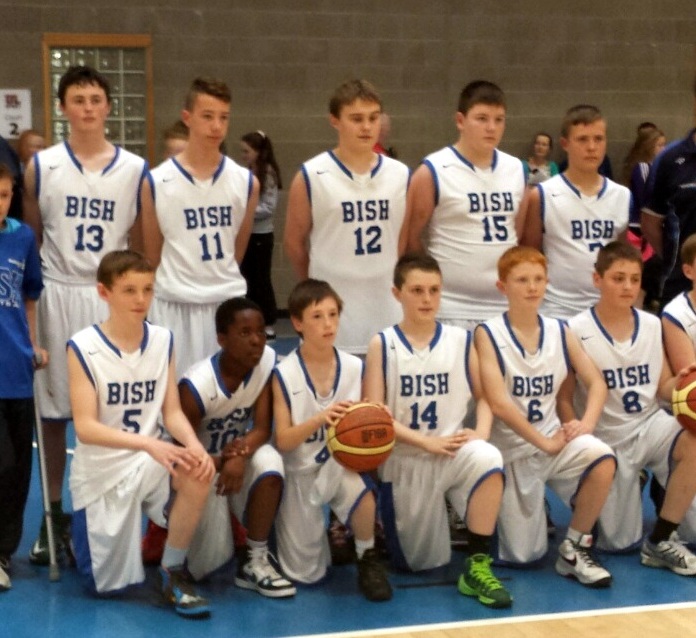