Once again we’re delighted to have a team compete for a spot in a National Cup Final, this time it’s the turn of our U18 Boys Team who face Dublin Lions in the U18 National Cup semi final next Sunday 13th January 2018 at 1pm in Neptune Stadium.

The teams have crossed paths many times over the years the last of which was a thrilling Billy Kelly final in April 2018 which Moycullen edged to secure one of the most prestigious pieces of silverware in Irish basketball.

Both teams have a lot of similarities, play a good brand of basketball, have quality players at all positions and match up very well all over the court. It certainly is one of those games that “can go either way” and if the Billy Kelly final is anything to go by it’ll be a cracker!!!!! 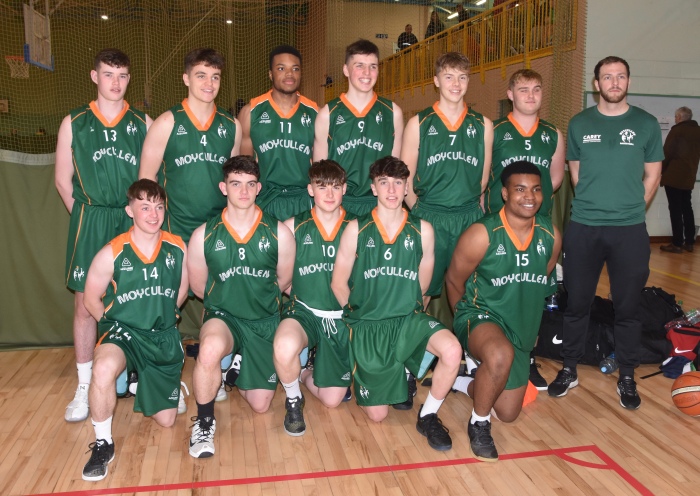 The group stages of the competition saw Dublin Lions cruise through their groups without having to get out of second gear.

Meanwhile Moycullen played some nice team basketball during the qualifiers overcoming Kubs and Fr. Mathews on Saturday to top their group. Sunday morning saw us beat Anderstown Tigers to set up a pool final against Kubs. Another good performance from the lads saw us win out the pool and set up a home quarter-final.

In the quarters we faced Ongar Chasers in St. Mary’s on Sunday 9th December in what turned out to be a clinical performance from our lads. Playing some great defensive basketball which lead to some nice fast breaks the team controlled the game very well throughout to win by 32 in a great display; 96-64.

On the other side of the draw Lions played Blue Demons in Dublin which turned out to be a vert tight game which the Dublin outfit eventually won by 4 after a great game of basketball.

With such talent on display, a thrilling contest is in store from two teams who know each other very well.

The lads will be hoping that they can get the win on Sunday and advance to the U18 National Cup Final which will take place on the last weekend of January.