After 13 weeks of action, remarkably there was 5 entries still standing, so not quite Last Man, more Last Men.

Congrats to the 5 winners and thanks to everyone who entered what was an enthralling and great fun competition. Looking forward to next years competition already….

Pictured below are two of our winners, Sean Gannon & James Cummins being presented with their prizes by Martin Candon of Moycullen Basketball Club 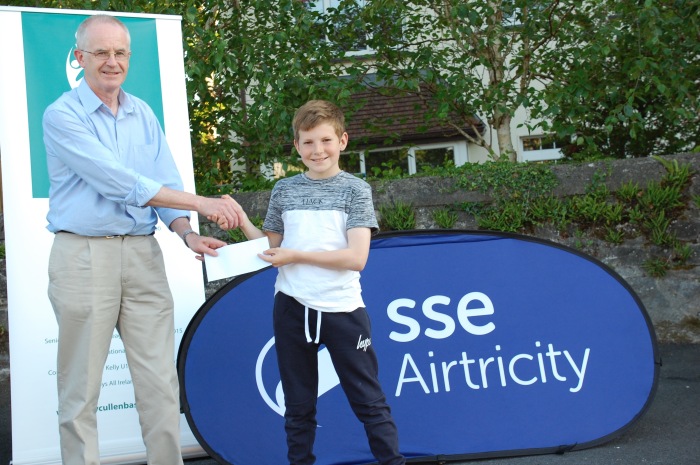 A big thanks to all those who sold entries and ran the competition.

It’s a major fundraiser for the Premier League team, SSE Airtricity Moycullen, and we really appreciate all the support that we get from participants, sellers & organisers.