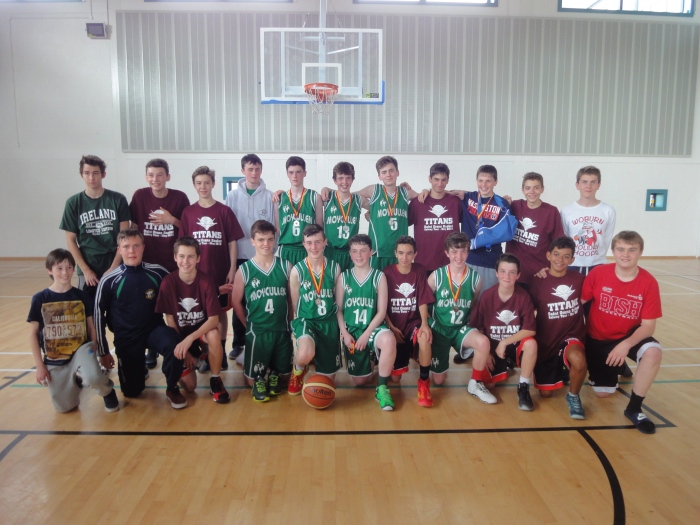 Moycullen U15s finished off their season with 3 wins from 3 in a competitive invitational tournament hosted by Titans BC. Despite the setback of losing guard James Connaire to injury in the first quarter, Moycullen competed well against Sligo All-Stars, winning a close and exciting opening match by 40-38. In their second match they played hosts Titans, who impressed to take a 37-33 lead into the final quarter. Moycullen responded with a fine sequence of scores to edge the match 52-47. In the final game, Moycullen played well to outscore the visiting French team, St. Oren, by 49-19.

Many thanks to the hosts Titans BC for organising a very enjoyable day’s basketball.