Our Division 1 senior men’s team followed their opening win over Titans with another fine display away to Team Left Bank Kilkenny on Saturday 11th. Kilkenny’s Puff Summers came into this game in confident mood having scored 30 pts against Demons. Coach, Salva Camps, organised his team to deal with the threat of Puff and his homework paid off with Puff being kept to an individual score of 13 points. With Moycullen leading 36 to 32 at half time, this was a tight battle and remained so right into the final quarter. Moycullen worked hard throughout, both on defence and offence and eventually ran out 72 – 63 winners. Great performance by Ronan O’Sullivan with top score of 22. Paul Freeman put in a very strong performance at both ends. Highlight was a 3 pointer by James Loughnane on the buzzer at the end of the 3rd qr. Our next league match is away to Eanna in Dublin on Saturday 25th.

Avenir Sports captured some great footage of the Moycullen win against Titans – the 4 minute clip can be viewed HERE.

Team Left Bank Kilkenny have posted some great action shots on their Facebook page posted by Tomasz Kalisz. Check them out HERE– Below are a couple of samples. 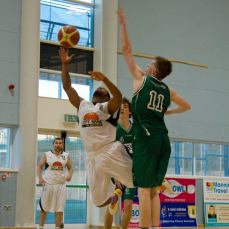 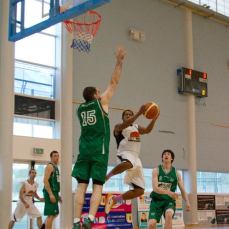 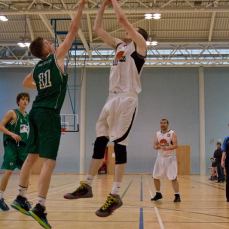