Some of the clubs youngest players got to show their talents in front of a big crowd at the Kingfisher yesterday. Our Under 9 and Under 10 Boys put on a display of their skills when they played at half-time during the Premier League game against Bord Gais Neptune. Based on what we saw, there are a few potential Premier League players in the pipeline and the the future looks good for the club. Thanks to their coaches and managers, especially Anne Marie Fox, Tracey Finn and Hilary Byrne, their parents and to Technical Director Salva Camps for all the work that goes in week in – week out in developing core basketball skills. 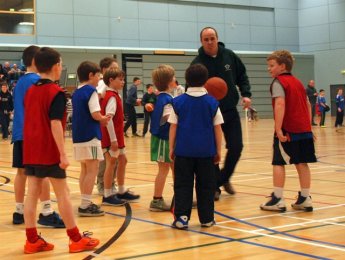 Like Loading...
‹ Neptune Match Report: Dylan top scores with 27
Moycullen Boys get ready for All Ireland Final with Bish ›