Under 18 Boys National Shield Final; Sunday at 1.30pm in Sligo

The Moycullen U18 Boys team play the final of the Under 18 National Shield this Sunday at 1.30pm in Sligo.

Having had a tough path to the final with wins over Titans, Dublin Lions & St. Vincent’s in the semi, Moycullen have been playing some great team basketball. While the go into the final on the back of a very good performance against Vincent’s (who they lost to in the quarter-final of the Billy Kelly tournament last year), they know that they will have to be at their best to overcome Sligo on their home court on Sunday. 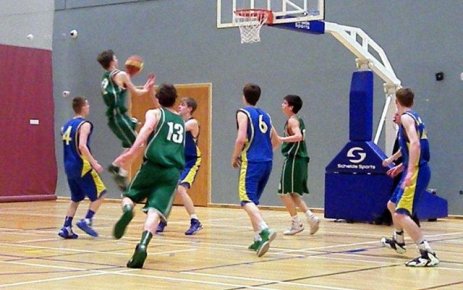 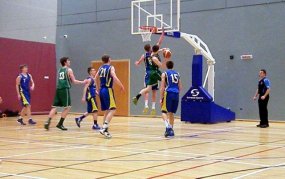 The team welcome Darragh Mulkerrins back having missed the semi-final and also have Dara O’Sullivan available who has been out for a lot of the season due to injury. Darragh joins his U18 International team mate Sean Candon in leading the team. Both players have gained invaluable experience this year in training and playing with the Premier League team and they have grown into a leadership role with ease. Rory Heffernan has been playing inspired basketball at the point guard spot and his drive and determination on both ends of the court will be vital. With Eoghan Kelly & Max Brennan also playing at the guard spot there is real strength & depth available at that position. Sean Kelly, Josh Marvesley & U16 International Connor Curran have that uncanny knack of being in the right place at the right time, and they have proven to be invaluable to the team during the campaign.

On the inside, Joe Tummon has been playing outstanding basketball and his dominance of the boards and strong inside play will be crucial come Sunday, add Jack Costelloe to the inside threat and it has proven to be key all year. Leading scorer is Kyle Cunningham and the team will be hoping that he continues his current good form, Ronan Clancy also plays at the off-guard spot and he has been a real sharp shooter all year.

Having narrowly lost out to Templeogue earlier in the year, the team has regrouped and refocused from that setback. Their attitude, work ethic and team work has been great to watch all season and they will be hoping that one final effort will give them a National trophy on Sunday afternoon.