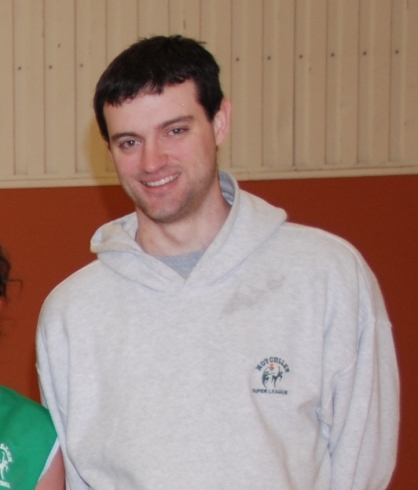 The teams for the St Stephen’s Day Blitz have been announced after a highly supervised draw in Regan’s Bar in down town Moycullen. You can see the full team list and schedule HERE. The Blitz is an annual outdoor competition which is played during daylight hours on St Stephen’s Day and has been running since 1966. The competition is famous for being played rain, hail or snow. Oh and ice…we particularly love ice! Getting the court ready is like a parish meitheal with lots of people helping to get ready for the day and helping out on the day. In recent years the cold and wet has been made more bearable by Joe Loughnane providing some of the extended family’s sausages while others have brought all kinds of platters and even some warming punch. As part of this meitheal tradition the work of lining the court will go ahead on Monday. Check in with Eoghan Maxwell or anyone on the Men’s committee if you want to be involved.

The teams are made up of Premier League players, Galway League players, under-age players, returning emigrants, returning former players, GAA stars, and others old enough to have more sense. Captains this year include brothers Paul & James O’Brien and father and son combination Nollaig and Dylan Cunningham. James O’Brien is returning from work in Luxembourg while other captains making a long journey are James Loughnane (Toronto) and Cian Nihill (Dublin). The captains list is completed with long-standing stalwart John Cunningham (with the record number of wins) and Eoghan Maxwell who is playing so well in the Premier this season.

While there’s a great sense of fun there’s also some serious competition. Winning players are assigned to the “Hall of Fame” and this is a great honour in the community. However, players who have never been on a winning side occupy the dreaded “Hall of Shame” and face a Christmas period of ridicule, especially if they’re the Premier League captain (you know who I’m talking about Paul O’Brien). If you don’t believe how important this is take a look at the footage  on the Club Youtube page. Still not sure, then come along on the day to check it all out, meet some old friends or make some new ones.